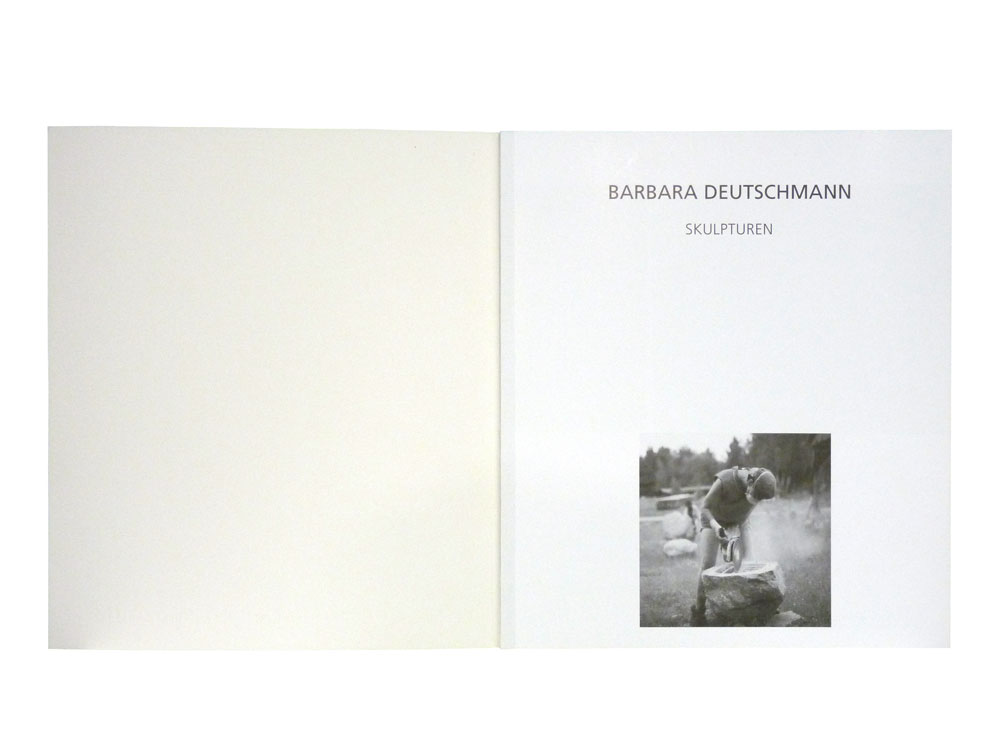 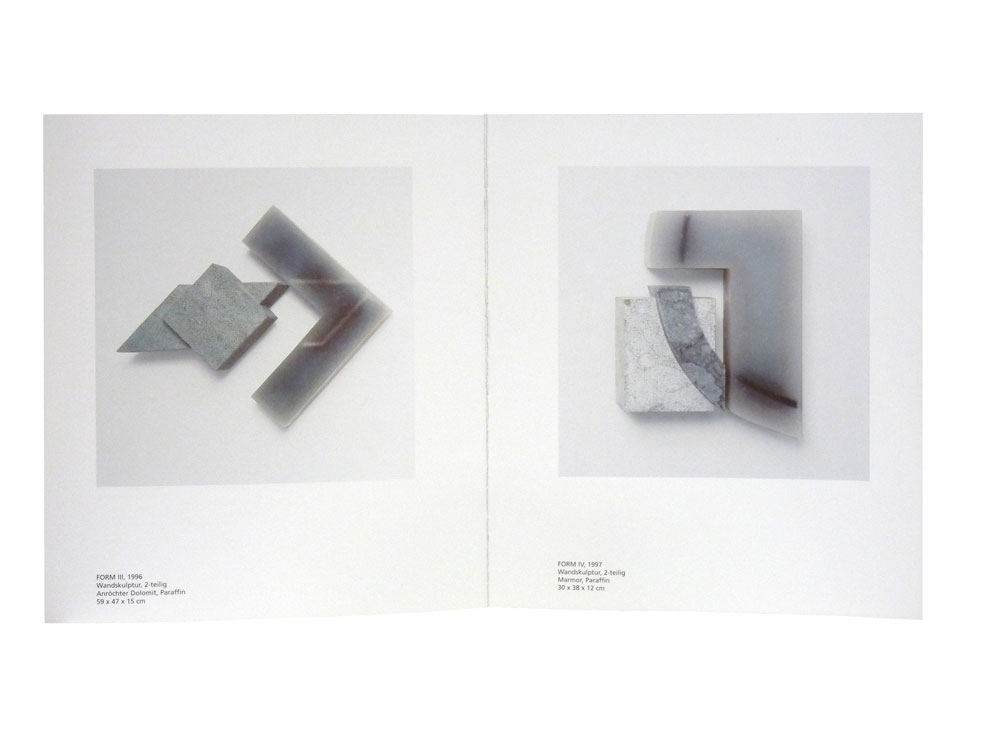 Barbara Deutschmann’s first sculptures from the eighties show the human being. They represent him in a direct and figurative way, reduced to the essential features of a type, even an archetype without any detailed individualization. We see heads and torsi placed right on the wall. They are representations of nakedness, of defencelessness, of unprotectedness. They are condensed emotion. In a second step these sculptures of human beings acquire a background of their own, a second wall in front of the wall, an architectural setting. It is as if Martin Heidegger’s idea had become part of the reality of the works, an idea which says that humans only become humans when they settle down in an environment of their own.

In a further step the artist who is increasingly fascinated by the reality of these architectures concentrates on them alone. She abandons the direct representation of human beings. The background becomes the foreground of her work and its proper subject. By changing perspective Barbara Deutschmann also changes the paradigm of her art. From now on she works in an abstract way and rejects the way of perceiving things which she learnt when studying with professor Bernd Altenstein from Bremen. The liquidation of a mimetic approach to art is radical. Her new constructional wall and floor sculptures are dominated by strategies of disintegration and re-composition.

Disintegration in that she cuts into the material, re-formation by creating compositional and material alliances. The sculptor cuts the stone into squares and cubes, rhombuses and angles, circles and circular segments. She works with concrete and sandstone, marble and granite, wax and casting resin, iron and pigment. She opposes and links together different forms and materials. Surface and space, colour and materiality, emptiness and compactness form structures full of contrast and intensity. The transparent resin encloses colours and forms which float to the surface of the sculptures like the archaic organisms sometimes imprisoned by amber.

Whether Barbara Deutschmann constructs a form out of wood, whether she pounds concrete or pours polyester, whether she cuts a stone or mills it or carves it and fills it with liquid wax, whether she draws firm traces of colour behind a clear curtain of polyester or a dull veil of paraffin wax or subtly modulates the nuances of just one colour, whether Barbara Deutschmann’s sculptures consist of one piece or many parts, whether they are a structured ensemble or a compact and closed whole, whether they have a circular, a square or irregular form, they will always have one thing in common: the gesture of her work is rhythmical, its attitude is alive and its spirit is invigorating.

The origin of these works comes unmistakably from the principles of music. We think of Kandinsky’s recollections and of the birth hour of abstraction in the fine arts. It was attending a Schönberg concert which motivated Kandinsky to start his first abstract studies. The fact that the composer had abandoned the triad was the decisive reason for the painter to abandon the object in his pictures. Barbara Deutschmann’s works seem to be notations of a score. What we cannot any more read mimetically can be easily comprehended as sculptural music and as plastic rhythm. Within the formed elements of her sculptures it is the blanks in particular that appear like the necessary and meaningful breaks within a musical sequence.
The gesture of musicality as well as that of composition and of material alliances bring the artist’s works back to the human being. This happens not only because in their abstract musicality they have an effect on the human imagination and emotion just as music does, but also as an allegory of the human condition. The vocabulary of forms and its display, the opposition of positive and negative parts, statics and dynamics, part and whole, surface and space, transparency and dullness, light and shadow, all these contrasts seek equilibrium and harmony in Barbara Deutschmann’s works.

And yet the contrasts always remain visible. The desire for dissolution and fusion is tangibly present, but also the reality of the facts opposing this wish. Thus the works are both the echo of desire and of reality. Ambivalences, contradictions and paradoxes are mirrored in the artist’s work as they reign in humankind. But in her work they form harmonic couples like for a round dance; there they are tamed by the power of the aesthetic.